A public consultation will begin (10 June) over plans for a major redevelopment for part of Gorton that will create the Belle Vue Sports Village – and city council is calling for local people to have their say on the plans. 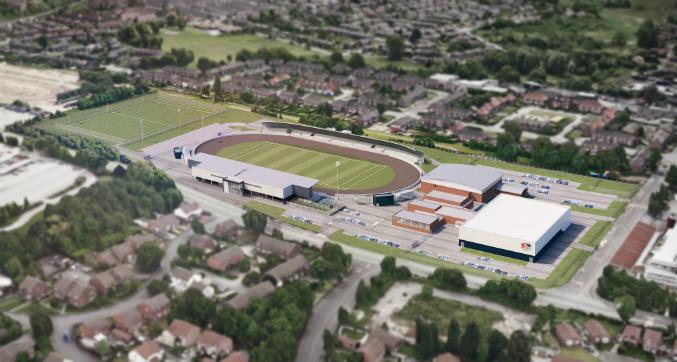 Once one of the city’s most popular leisure and tourism sites, the creation of Belle Vue Sport Village will revive the local area’s reputation as a major destination in the city – and add to the impressive sport and leisure credentials of east Manchester.

Local residents and businesses are invited to attend drop in sessions as part of the community consultation prior to a planning application is submitted late June:

The new sports village will become home to significant national centres for both speedway and basketball, offering a range of world class sports facilities for community and elite users, along with the modernisation of the existing local leisure centre.

The new speedway stadium, including a 1,800 seat grandstand, will allow the Aces to compete at the highest level, while allowing the club to host not only national race meets, but as one of the best tracks in Europe will also compete with major venues across the continent.

The new stadium will also include acoustic treatment to reduce noise for the first time in the history of the club being located at Belle Vue.

Belle Vue Aces will also provide a Speedway Academy, which will provide training and coaching for riders from the age of seven, through to adult competition riding. This will include riding, technical and mechanical skills, in both a practical and classroom setting.

The academy will be open to local people, and the club are also committed to working with local schools and The Manchester College to train young people in the mechanical and engineering aspects of the sport.

The consultation will remain open until 20 June and residents can give their views and have their questions answered at www.manchester.gov.uk/consultations

Cllr Jeff Smith, Manchester City Council’s executive member for housing and regeneration, said: “We would urge anyone in the local community to come forward with their views on the proposals for Belle Vue Sports Village. The development will sit at the heart of the Gorton area and will become a major asset that the local community will be encouraged to take full advantage of.”

David Gordon, Belle Vue speedway’s Chief Executive Officer, said: “It’s terrific for Manchester, and Gorton in particular, as well as the sport of speedway, that the Council have decided the time is right to take this initiative. It’s the massive step forward we have been working towards.

“We are delighted that our plans to keep Belle Vue where it belongs, in the Belle Vue area where the club has raced since being formed in 1928, are really moving ahead. There is strong support for the Sports Village in Gorton already but we want residents to know that their best interests have been thoroughly discussed and catered for.”

Etihad art idea is back with a Bang - and a row 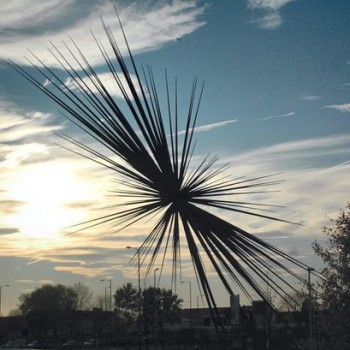