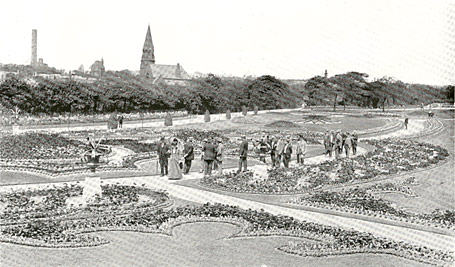 Philips Park opened on 22nd August 1846 as one of the world’s first municipal parks, intended for free use by the public to encourage (a mixing of the classes). It was established by funds raised by public subscription and purchased from the estate of Lady Hoghton, a local landowner, for £6,200 (approximately £400,000 in today’s money).

The formation and opening of the park was largely due to the commitment of Mark Philips, a local MP, who lobbied considerably for the creation of parks for the working people of the city. In 1844, following 7 years of intense campaigning, the ‘Committee for Public Walks, Gardens and Playgrounds’ was set up, and the first three parks were opened on the same day in 1846. The popularity of the park continued for over a century. Many of its original features remain to this day, including the carriage drive, serpentine paths, amphitheatre and the Head Gardeners house. Archaeological finds include a Roman coin, minted in the reign of Emperor Gallienus, and a halberd (a type of spear) from the 16th Century.

In 2001 the park was given Grade II Listed status with the National Register of Parks and Gardens of Special Historic Interest in England and was awarded its first Green Flag in 2005. 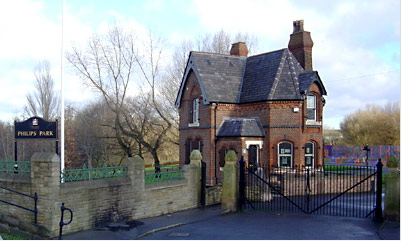