July 10 saw the signing of a major agreement to create a united, single leadership for public health across Greater Manchester.

It will focus on preventative and targeted work to help 2.8 million people stay healthy, able to work and have better family life.

The unique move for Greater Manchester places more emphasis on prevention and early intervention to stop people becoming ill – so that they can remain independent and have the best family, work and lifestyle opportunities. Today sees the start of that agreement between Greater Manchester’s Public health leads with Public Health England and NHS England, supported by Greater Manchester’s NHS Clinical Commissioning Groups, NHS provider organisations and emergency services.

It also outlines major programmes on the connection between health, work and the economy; ways to help people have more knowledge and control about their health; the importance of good early years care and keeping well and connected to friends as we get older.

The agreement, which is a Memorandum of Understanding (MoU), has been made possible after the groundbreaking Greater Manchester Health and Care devolution deal announced in February. All the programmes of work are being funded through current public health allocations and evidence on the link between health and the economy will also be presented as part of a joint submission to the Spending Review in autumn.

Today’s public health news covers each of the ten Greater Manchester areas (Bolton, Bury, Manchester, Oldham, Rochdale, Salford, Stockport, Tameside, Trafford and Wigan) – and is then driven by the local plans for each of those areas and their own health and wellbeing boards.

Steven Pleasant, Lead Local Authority Chief Executive for Public Health in Greater Manchester, said: “This is a unique opportunity for public health to bridge the gap between the NHS and the economy. We know that if we can help people to stay well there will ultimately be less demand on health services. This then keeps the health service sustainable while keeping people in work and gaining skills for the region.”

“We are now able to have local control over local needs while working with our national colleagues in public health and NHS England. This is a first in the country and all eyes will be on Greater Manchester as we start this powerful alliance.”

A new Greater Manchester System Prevention and Early Intervention Board has been created for leadership and will meet for the first time today. This leadership board will be a key part of the integrated work in health and social care reform in each district involving councils, NHS Clinical Commissioning Groups, NHS providers and others across Greater Manchester.

Early work within the MOU will focus on vascular disease, the Greater Manchester Alcohol Strategy, combining the work of emergency services to help with integrated health and care arrangements, and increasing the uptake of health checks across Greater Manchester.

There are also five major programmes of work:

Public health, growth and reform and the Spending Review:

• A key priority of the public health partnership will be to develop a joint submission to the Government’s Spending Review in autumn. This will explain the links between public health, employment and early intervention health work and show why that approach needs to be done on a local level in each of the ten GM districts.

• This is about understanding how to support Greater Manchester residents to take more control of their own health – so people know what is needed for control of their own and their family health. At the moment 330,000 people in Greater Manchester don’t take any exercise. If that group increased their annual physical activity by just 1% it would lead to less illness and it would also save an estimated £36m in NHS costs.

• This recognises that the crucial period for child development is conception to three years old. The consequences of a poor start can be permanent, limiting children’s lifetime potential. Across Greater Manchester, this also has consequences for the area’s future skills base and economic activity. Currently 40% of the area’s children start school without the right developmental level.

• A key part of the work will include the Family Nurse Partnership (FNP) – which is an early help programme for teenage parents that can transform the chances of some of the most disadvantaged children and families. The estimated need in Greater Manchester is 2104 cases a year – which is double the current FNP provision.

• This will concentrate on helping people to stay well and in work – and able to return to work after illness. Public health bosses are also investing in a Working Well programme – which recognises the connection between good work and good health. It aims to ensure that new jobs are created with the best working conditions. Businesses will be asked to become accredited to a Workplace Wellbeing Charter.

• The system will also look at the best ways to support individuals and families with multiple and complex problems.

• Greater Manchester will create an Ageing Hub to gather best practice around getting older, while exploring new ideas and solutions for age-friendly neighbourhoods across the region. Research will also be carried on the relationship between work and healthy lifestyles and ageing.

• More dementia awareness will be a key focus – showing how to provide better services and support people – including developing a Greater Manchester Diploma in Care Home Nursing.

“Good health and economic development and prosperity are inseparable. Wellbeing happens when local people benefit from that prosperity. This agreement recognises that local ownership and leadership can achieve more, faster in closing the gaps in life expectancy, and life in good health, between those with the most and the least.

“We see devolution as the natural next step in dealing better with the consequences of poor health and to work with local people to improve the things that have the most significant impact on their lives: having a decent job and home, safe communities and education.

“This agreement puts prevention and the local citizen at the centre of everything that devolution should deliver.”

Simon Stevens, Chief Executive of NHS England, said: “Greater Manchester has an enormous amount to be proud of, and soon tackling long-standing and deep health inequalities will be one of these. Co-ordinated and intense action now – by local authorities, the NHS and communities across the region – can help to give every child a decent start in life and tackle the root causes of illness. Today’s agreement is an important catalyst for exactly that.” 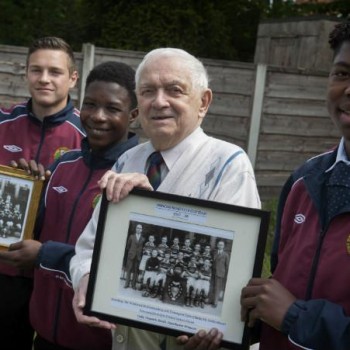